He’s Thankful for His Accident 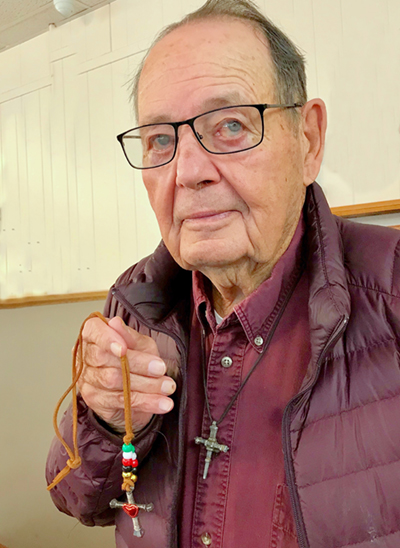 Since his rescue and recovery, Jim Welling, a farmer in Howard County, Md., has shared this testimony numerous times of how God spared him for a higher calling. Jim and wife Ruthie have been avid CFO workers ever since.

Early one cold February 2005 morning, Jim headed to the barn to make a fresh “breakfast” for his beef cattle. After switching on the silo unloader that normally blows silage 50-feet down the narrow enclosed chute, feed flow suddenly stopped.

He climbed up the chute to unplug the silage lodged at the silo hatch door. Putting his feet through the door to sit on the edge, his overall’s rolled cuff snagged on a metal bar and he fell backwards.

“I was hanging upside down with nearly all of my 200-plus pound body weight on my right calf, he recalls. “It’s remarkable that my leg didn’t break. If it had, I would have fallen.”

Welling was in the gravest peril of his 73 years. Tractor noise from below would drown his calls for help even if someone came to the barn.

Death could come quickly if his leg or pant cuff gave way. It could come slowly if he suffocated from fluids gradually building in his lungs.

A timely rescue was unlikely. No one was scheduled to be on the farm until his son, Willie, returned from work around 4 p.m. Wife, Ruthie, was away visiting her mom and sister.

Prayer preceded a miracle
“Lord,” Jim prayed, “if it’s your will, help me!” Then it happened. A brilliant white light flooded the chute’s dark interior. He saw no light source, yet it filled everything he could see. Immediately, he was filled with a peace that defied his perilous situation. “God’s presence was with me,” he affirms.

After nearly an hour, his breathing became labored. Fluid was building up in his lungs.

Fortunately, Susan Dunham, manager of a nearby horse farm, planned to pick up a load of horse hay. She didn’t need Jim to be present. But that morning, she instructed her helper, Kyle Howard, to “find him.”

Kyle called Susan to report he couldn’t find Jim. “Keep looking,” she responded. Circling the barn and calling for Jim, he finally heard Jim’s faint cry for help. Kyle climbed up the chute to see if he could get Jim down, but couldn’t.

After telling Jim he was going for help, he backed down the chute. Retrieving his cell phone, Kyle alerted Susan who called 911. Climbing back up the chute, he lifted Jim’s shoulders as high as possible to ease his breathing and take pressure off his tortured leg.

Rescuers finally arrive
Kyle remained there for nearly an hour as close to 20 rescue vehicles and a medivac helicopter converged on the farm and as rescuers devised a method to free and lower Jim safely. They tied a rope around his waist, secured it above and gently lowered him still upside down.

EMTs ambulanced him to a Baltimore Shock Trauma Unit. “I was X-rayed from head to toe,” he recalls. While nothing was broken, he suffered soft tissue damage and torn ligaments, so doctors kept him there overnight.

Jim arrived home late the next afternoon, able to walk with a walker. Today, he gets around with a limp and continues with morning chores. But now he stays off ladders.

Glad for his Holy encounter
Every time he shares his story, Jim’s eyes brim with tears and his voice catches. It was an encounter with love beyond words.

“I’m thankful it happened,” he adds. “My faith has been strengthened. God is with me.

“I learned I need to listen more. I learned that when we need things from God, we should never be afraid to ask.” That’s true God-given wisdom.

This article was adapted from a previous story written by Paul Willis. 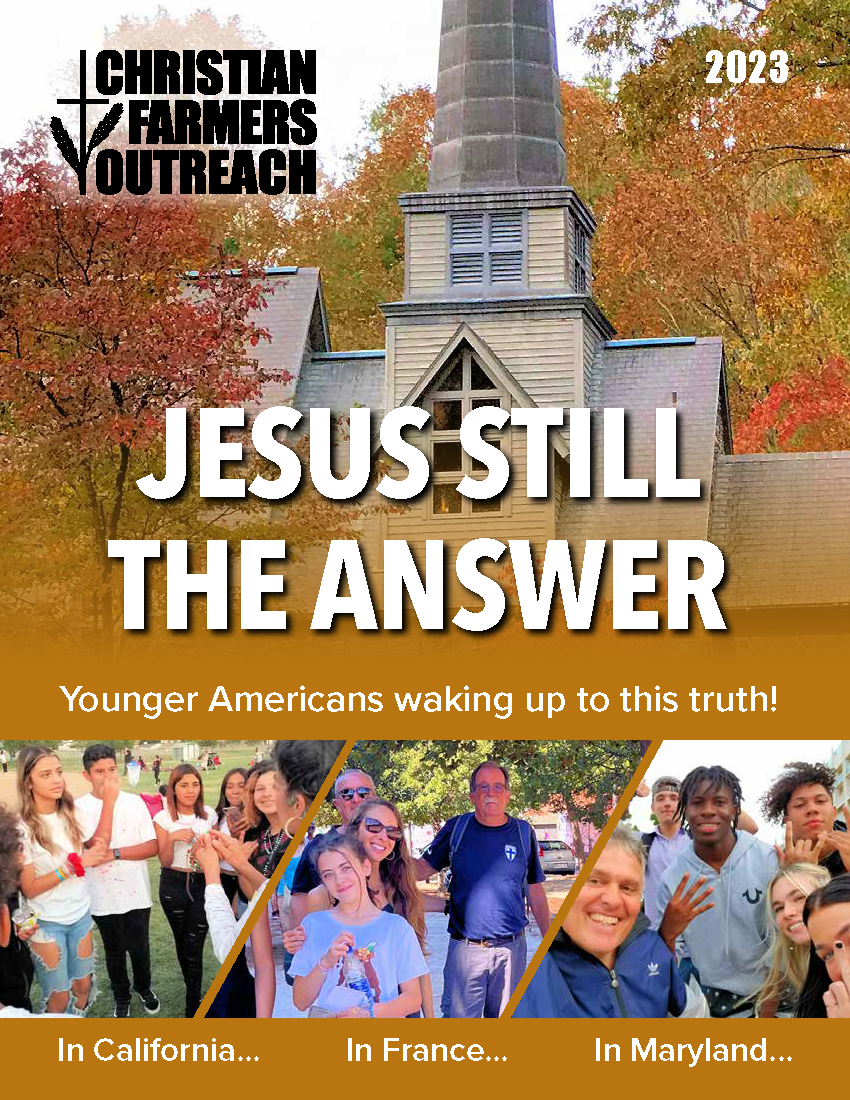